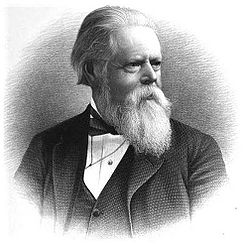 Alfred Charles Hobbs (1812 – 1891) was an American locksmith and inventor. His most notable achievment was picking the Bramah and Chubb locks at the Great Exhibition of 1851. His ability to pick these locks changed how the world viewed the security of locks and safes, leading to the many improvements in the construction and design of locks throughout the 19th and 20th century. Hobbs also made many improvements in the field of ammunition manufacturing later in his life.

Hobbs was born in Boston, Massachusetts in 1812 to two English parents. He married and had a son, Alfred J. Hobbs.

The Great Exhibition of 1851 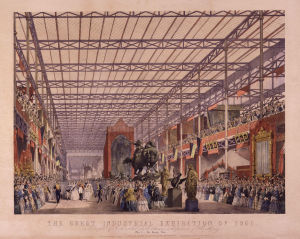 In 1851, Hobbs was sent to London's "Great Exhibition of 1851" to advertise the Parautopic Lock on behalf of New York lock maker Day & Newell.

Hobbs claimed that he could easily defeat the best lock at the time, one made by the Bramah company. Bramah accepted his challenge. Hobbs was given a sample lock, a collection of blank keys, and thirty days to pick the lock. After 24 days, in front of both judges and spectators, Hobbs opened the Bramah lock with a key he had made. When challenged as a fluke by judges, Hobbs proceeded to lock, unlock, and relock the Bramah with the same key. The manufacturer was upset; until then the lock was thought impenetrable. They claimed Hobbs had used a trick, just got lucky, or that the lock was damaged in some way.

"The lock controversy continues a subject of great interest at the Crystal Palace, and, indeed, is now become of general importance. We believed before the Exhibition opened that we had the best locks in the world, and among us Bramah and Chubb were reckoned quite as impregnable as Gibraltar— more so, indeed, for the key to the Mediterranean was taken by us, but none among us could penetrate into the locks and shoot the bolts of these masters. The mechanical spirit, however, is never at rest, and if it is lulled into a false state of listlessness in one branch of industry, and in one part of the world, elsewhere it springs up suddenly to admonish and reproach us with our supineness. Our descendents on the other side of the water are every now and then administering to the mother country a wholesome filial lesson upon this very text, and recently they have been "rubbing us up" with a severity which perhaps we merited for sneering at their shortcomings in the Exhibition." [1]

Hobbs contribution was not only in exposing the weakness of the English locks but also in advertising his company's Parautopic lock. The parautopic was considered more secure than those he had compromised, at the time.