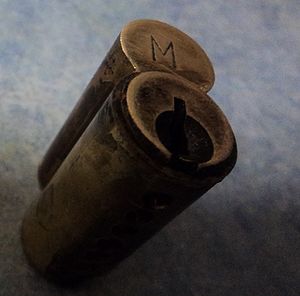 An Interchangeable Core is a lock core that can be changed without fully disassembling the lock. The cores generally come in a "Figure Eight" form factor. Interchangeable cores are generally also characterized by their ability to be changed by the end user, rather than a locksmith.