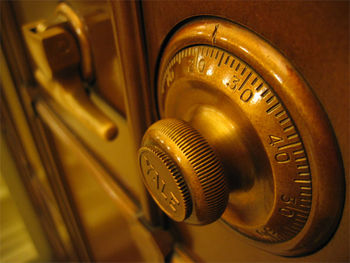 A rotary combination lock is a lock commonly used to secure safes and as an unkeyed padlock mechanism. This type of locking mechanism consists of a single dial which must be rotated left and right in a certain combination in order to open the lock.